When you seek an alternative for Windows 8.x or 10, then Linux Mint is definitely a good choice!

Linux Mint is derived from Ubuntu Linux (Ubuntu is being used as raw material) and is squarely aimed at the home user. Ease of use is first and foremost. It's just as easy to operate as Windows 7, and a lot easier than Windows 8.x or even 10.

You can play your music and movies right away, you don't need to install anything extra for that.

Linux Mint is also entirely free of cost, which is of course an advantage in these times of economic crisis.... Linux Mint doesn't generate any direct sort of income. It's funded only by advertising on its website and support forum, by sponsoring and by donations.

You can install Linux Mint as many times as you want, on as many computers as you want. No restrictions, no costs.

Information for advanced Linux users: nowadays, Linux Mint is exclusively built on the Ubuntu versions with the highest quality. Namely the LTS versions.
​

Below you see three screenshots of Linux Mint 18, with the desktop environments Cinnamon, Mate and Xfce.

The beautiful and elegant desktop of the flagship: main edition Cinnamon, with expanded menu: 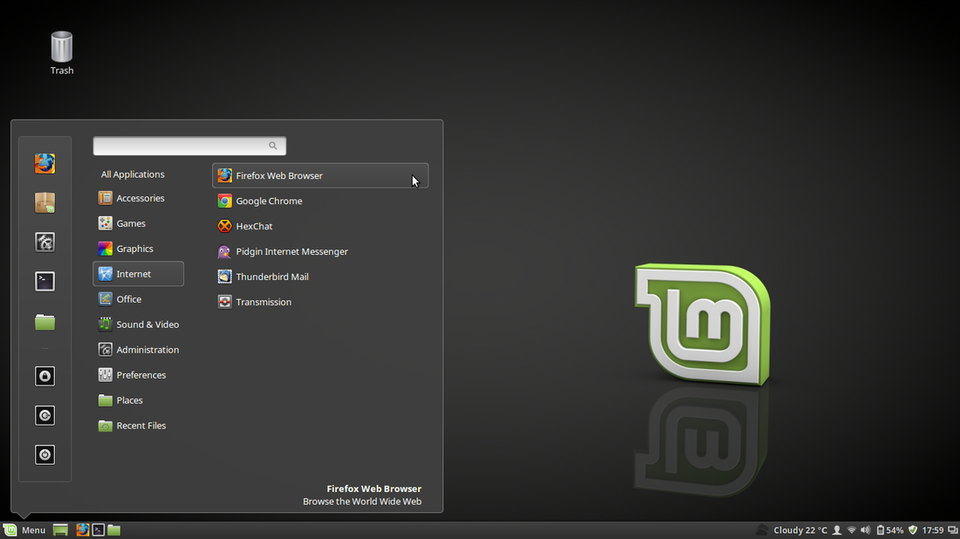 ​
The attractive traditional desktop of MATE, with expanded menu: 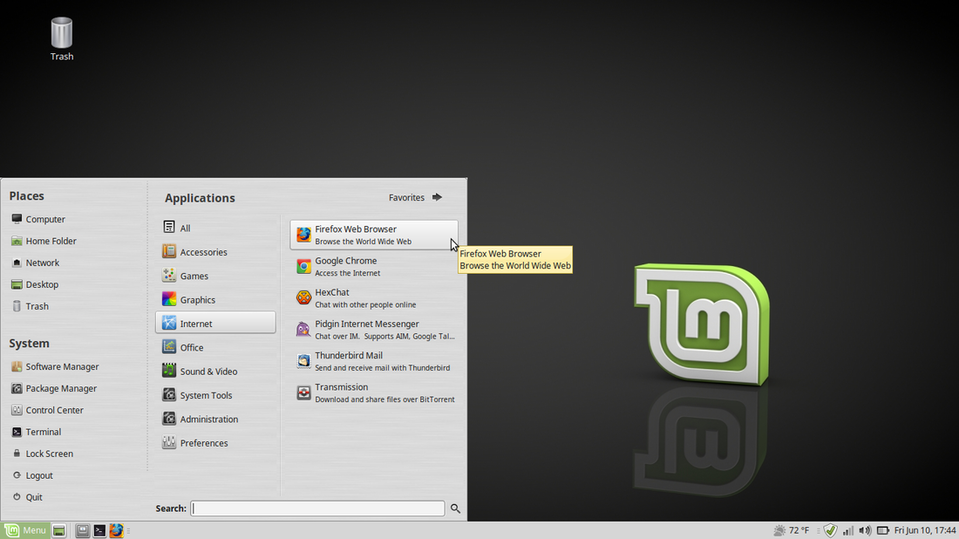 The nice clean desktop of lightweight 18 Xfce, with expanded menu: 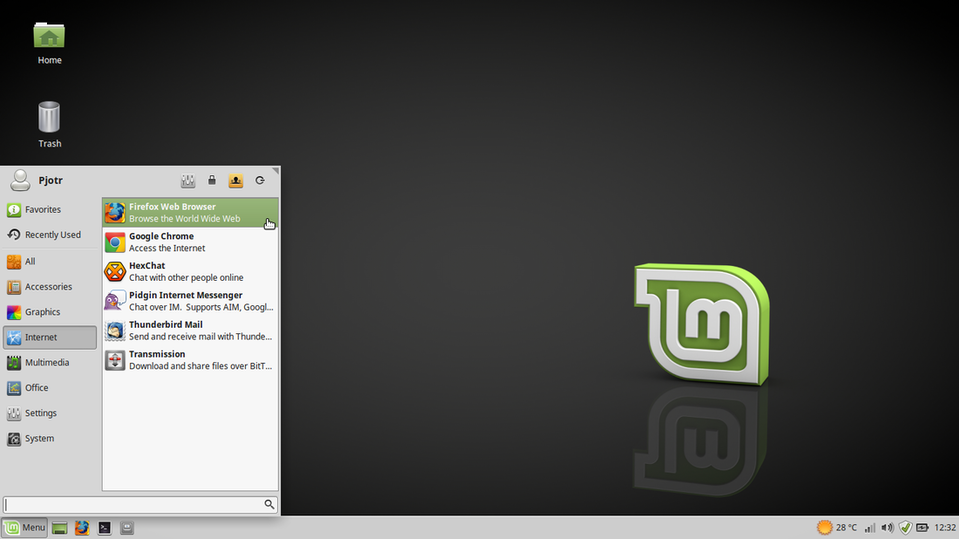 Mint's own desktop environment comes in the two major flavours Cinnamon and Mate, and in the minor flavours KDE and Xfce.

Cinnamon is the most advanced and modern desktop of Mint, and is rightly considered to be its flagship. It's easy to use, yet fast, sophisticated and slick.

Cinnamon is based on the modern Gnome 3 and it's (when running without too many three-dimensional visual effects) stable and reliable: it has been improved a lot in the last couple of years.

Cinnamon is relatively heavy on the system resources, especially when many visual effects have been enabled (by default, only a few are enabled). Big advantage: it's definitely the best-looking of the Mint desktops!

My advice is: when in doubt, select Cinnamon.

Mate (pronunciation: mahtay, because it's named after the South American beverage Maté) is a successful attempt to continue the former Gnome 2 desktop. This makes Mate simple and intuitive to operate. Furthermore, Mate is fast, stable and reliable.

It may look a bit old-fashioned and less sleek in comparison with Cinnamon, but that's intentional and stems from the wish to keep the "old" Gnome 2 desktop alive. The developers are working on a transition to a modern code base, so Mate will probably have a long-term future as well.

Xfce: the Xfce edition is much more lightweight than both Mate and Cinnamon. Therefore it's very suitable for older computers.

The official system requirements for Linux Mint are rather optimistic. You don't have much use for those, if you want to be able to work pleasantly with Mint. For the record: Mint with the desktop environment Mate (more about that later) is noticeably lighter than Ubuntu with the pretty heavy default desktop environment Unity.

"My" minimal system requirements for Mint are as follows, split into reasonable performance (usable) and smooth performance.

Nowadays, 64-bit is the new norm. 32-bit is disappearing; support for 32-bit is crumbling everywhere. Some important Linux distributions don't even make a 32-bit edition anymore. This is happening with applications as well: for example, the makers of web browser Google Chrome have also stopped making a 32-bit edition for Linux.

I advise to choose 64-bit whenever reasonably possible, because that's the future and it unleashes the full power of your hardware.

Computers with a pre-installed Windows 8.x or 10: for those, always select 64-bit Mint and not 32-bit. A computer with Windows 8 or 10 with UEFI, needs a 64-bit operating system.